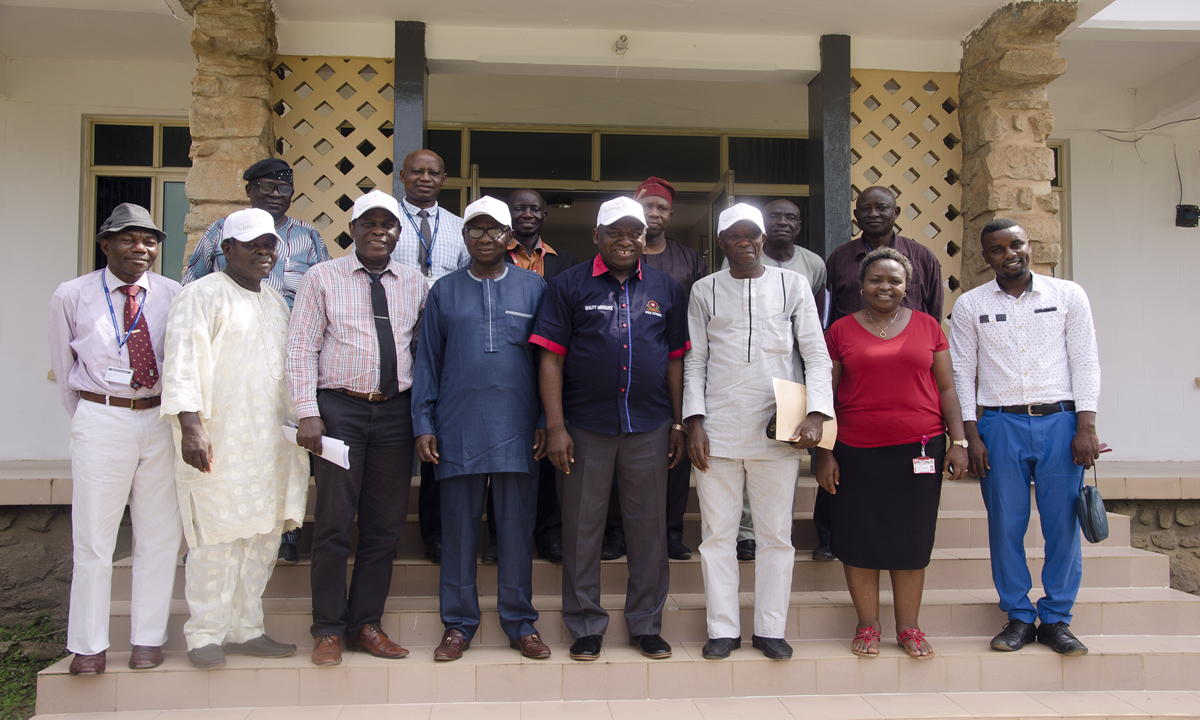 As part of creating awareness and hype the atmosphere for the celebration of the 2019 World Soil Day, the President of the Soil Science Society of Nigeria, Professor Bashiru Ademola Raji, FSSSN, went on sensitization visits to some institutions in the southwest and north-central geopolitical zones of the country.

A. SENSITIZATION VISIT TO BOWEN UNIVERSITY,  IWO. I undertook a sensitization visit to Bowen University,  Iwo on the 19th November 2019 on the World Soil Day 2019 celebrations. My team comprising of Dr Olaniyan, Dr Iefidiyi and Engineer Raji was well received on arrival by Prof J. O Ogunwole,  the Vice Chancellor and principal officers of the University.  After prayers and introductions,  the President thanked the Vice Chancellor for his past support to the Society and donated copies of the 42nd Proceedings and 50th Anniversary book.  Invitations were then extended to the VC and Staff of the University to participate in the 2019 World Soil Day and the 44th Annual Society Conference in Enugu.   The VC in his response promised to celebrate the World Soil Day and also accepted to serve as one of the invited Guest Speakers during next year’s Conference.  The VC equally requested the Society to avail his University the opportunity to host the 2021 annual conference at Bowen.  He promised that the University will host a memorable conference that will be the best in recent times.  He donated N250,000 to the Society.  On behalf of the Society,  I wish to appreciate the VC for his kind gesture and wishing him a successful tenure.

B. SENSITIZATION VISIT TO NIGER STATE COLLEGE OF EDUCATION,  MINNA.  In continuation of my visit,  my team of Dr Iefidiyi, Dr Abubakar Lawal of FUTMinaa and myself was at the Niger State College of Education,  Minna.  On arrival we were received by the Deputy Provost (Academics)  Dr Muhammed Muhammed Shaku and the HOD Agric Science Dept Dr Ibrahim Muhammad on behalf of the Provost Prof Yakubu Muhammad who was away on official trip. After prayers and pleasantries,  the President thanked the Provost for his past support to the Society and presented copies of the 42th book of proceedings and the SSSN 50th anniversary to the College.  Invitations were then extended to the college to participate in the 2019 World Soil Day. The President also appreciated the Management Staff for their support and also invited them to grace the 44th annual conference slated for Enugu where Prof Yakubu Muhammad might be a recipient of the Society’s Fellowship.   It will be recalled that the Provost pledged N500,000 personal and N100,000 on behalf of the College at Makurdi which has since been redeemed. In his response the Deputy Provost expressed appreciation to the Provost for the successes recorded by the College in his first year in Office.  These included full accreditation for all courses including those long overdue. The College also had a successful NUC resource visit for their undergraduate programmes. Though the Provost was attacked by armed robbers at home,  his family and himself were not hurt in the attack.  On behalf of the Society pray for the Provost continued success and good health.

C. SENSITIZATION VISIT TO FEDERAL UNIVERSITY OF TECHNOLOGY, MINNA. In continuation of my visit, my team took the opportunity of the Inaugural Lecture presentation by Prof Maruf Kajogbola Adeboye titled ” Labour is for the Farmer, Soil Fertility and Crop Nutrition Produce Crop Yields”. After the Lecture presided over by the Vice Chancellor, professor Abdullahi Bala, FSSSN, we paid the VC a courtesy visit in his office and reminded him about the celebration of the 2019 WSD. The VC promised to ensure that the celebration does not suffer any setback as the University has been known to be active participants in the annual events. The President thanked the VC and wished him a successful tenure and appreciated him for his past contributions to the Society in years past while urging him to continue to support capacity building among the young soil scientists.

D. SENSITIZATION TRAIN VISITS NIGER STATE COLLEGE OF AGRICULTURE,  MOKWA. As part of our efforts to encourage our potential members in Colleges of Agriculture and Education,  my team of Dr Abubakar Lawal,  Dr Iefidiyi and myself was at the Niger State College of Agriculture,  Mokwa on Friday, arriving at the College just in time to join the Provost for the Jumaat  Prayers. Thereafter, we were received by the College management led my Dr Aliyu Muhammad,  the Provost;  Alhaji A. A Kassim, the Deputy Provost; Alhaji Yusuf Doma,  the Registrar;  Alhaji M. B. Issa, College Librarian  and Dr Shaba Malik, the Director Of Academic Planning. After pleasantries,  we joined the HODs of the various units and Departments for interactions. I invited the College to join in the celebrations of the 2019 World Soil Day and to also attend the 2020 annual conference in Enugu.  We shared with the College the various ways they could effectively participate in the WSD. On behalf of the Society I also donated copies of the book of the 42nd Proceedings and the SSSN 50th anniversary to the College. The Provost in his response mentioned that ours is the first visit of a national President of any of the agricultural profession to the College in its 40 years of existence.  He therefore,  thanked the President and his team and promised to celebrate the WSD for the first time in Mokwa. He also made an appeal for the inclusion of the State Colleges of Agriculture as beneficiaries of TETFund. This he posited will boost infrastructure and capacity building in our quest to meeting the SDGs. After the interactive section,  we treated to a ‘4 course king size sumptuous lunch ‘ at the College restaurant. Unfortunately,  Dr Abubakar Lawal,  the Sheshi  Nupe, could not partake in the lunch because traditions forbids a high chief eating in the open.  The College management made a donation to the SSSN to cover our trips. On behalf of the Society wish to express my sincere appreciation to all my team members on this round of visits and the management of all the institutions visited for their warm reception and generous donations. 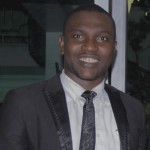 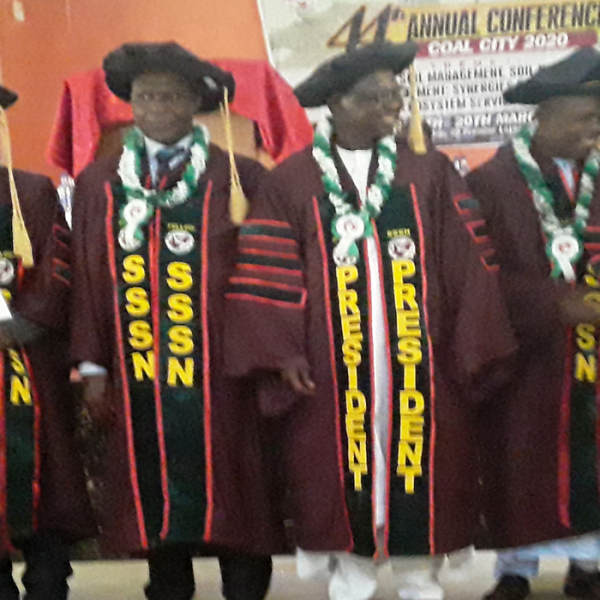